Competent in a Cardigan 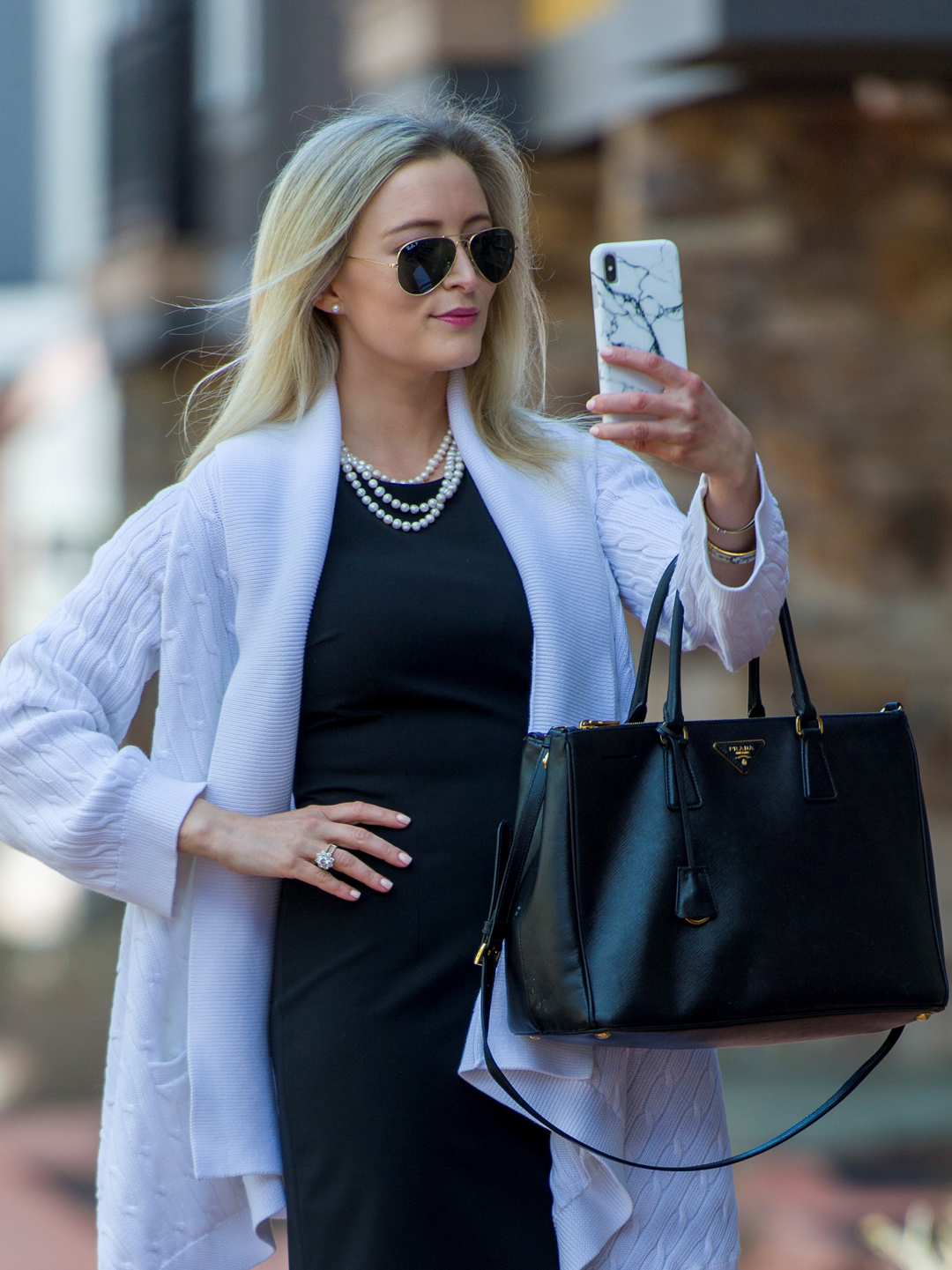 Need to be competent, yet slightly more casual? Choose a cardigan in a classic color to provide candid confidence.

There are some days when you want to be polished, but need to come across as a bit more approachable – ex: days when conducting client staff consults during an assessment or supporting a go-live with end users. When you aren’t needing to liaise with the C-suite, but still need to conform to the professional dress code, I recommend comfortable cardigans.

Here I’ve paired my favorite sheath dress (love how it can be dressed up or down so easily), with a cardigan I found in 2013 on resale.

Wearing white is always a risk – but this sweater is the ultimate #flyday road warrior. On a trip home from Boston to Houston after a summer visit to the Cape, I had it draped over my lap on a United flight to keep me warm. While sitting in the aisle (my preferred spot – window is wayyy too claustrophobic) about 30 minutes into the 4-hour flight, the man next to me in the middle seat started convulsing. I leapt up (sweater falling to the floor and landing over my purse under the seat) to get a flight attendant so we could find a doctor because he seemed to be seizing. No sooner than I was out of my chair did he projectile vomit across all three seats – where I has been sitting, chair backs, etc. all covered, (and yes there was also a woman in the window seat).

Apparently, he was very hungover from a bachelor party.

My sweater was not unscathed: I’d just gotten it and even on resale, it was expensive. However, it blocked my purse which somehow was ok.

Through all of it, United was not especially helpful – they tried to mandate that I retake my seat, after begging a blanket from first class to put down – claiming I’d have to sit there as the plane was full and there was nowhere else. Oh and that we’d have to ride without seatbelts as those were covered, and they’d barely wiped down the seat backs (vomit still dripping). They just gave me some trash bags to put all my belongings in and told me I’d have to sort it out with Customer Service when I got home.

I refused to sit back in the seat (this was before the Ebola outbreak – they probably would have done an emergency landing for that). Thankfully, a nice and also hungover guy sitting right behind me offered to take my seat and let me switch with him, as he also didn’t feel very well and didn’t mind it too much.

I spent the next 3ish hours working very hard not to panic and scream while sitting in the middle seat – trying to not also throw up from the awful smell and the fact that I didn’t yet know how destroyed my belongings were.

Drunk guy never even apologized let alone offered to replace anything  – Karma is dealing with him.

Once I got off the plane, I lost it – just started sobbing as I made my long trek with trash bags to my car – oh and we were also delayed, so it was the middle of the night by the time I got home.

I got home and I threw the sweater in the tub and showered it all off fully expecting it to be completely ruined. Somehow, after wash, bleach and a trip to the dry cleaners (last ditch effort to see if it could be saved / sold to resale) – it came back perfectly white, and I decided to keep it.

So, now – it’s great, because I don’t worry about staining it at all, and as a result – it manages to stay crisp and white.

While I’ve had a lot of horrific travel nightmares – getting thrown up on was probably by far the absolute worst to date (let’s hope it stays that way).

But no matter the fly day dilemmas – you can always look competent when wearing a cardigan. 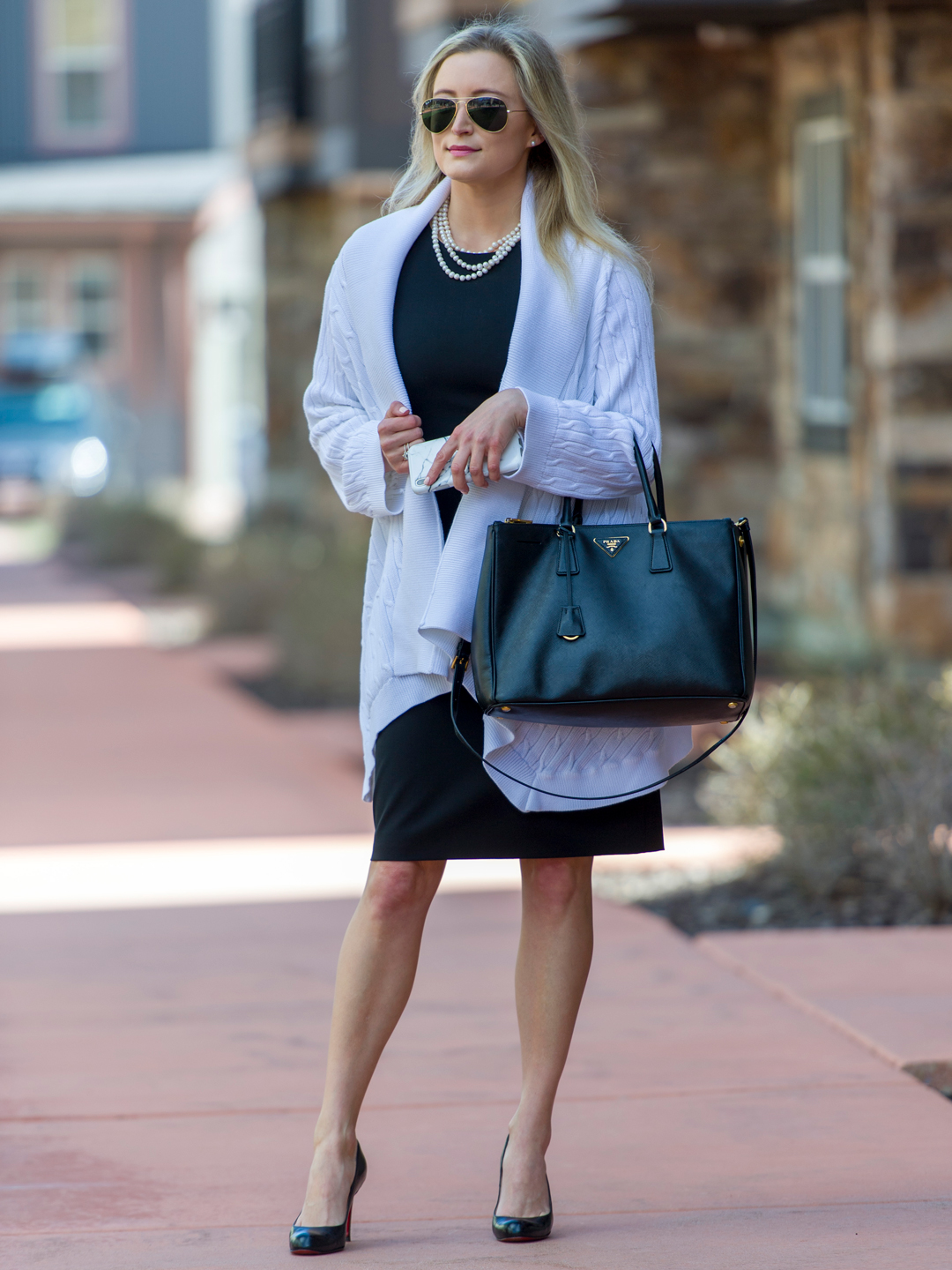 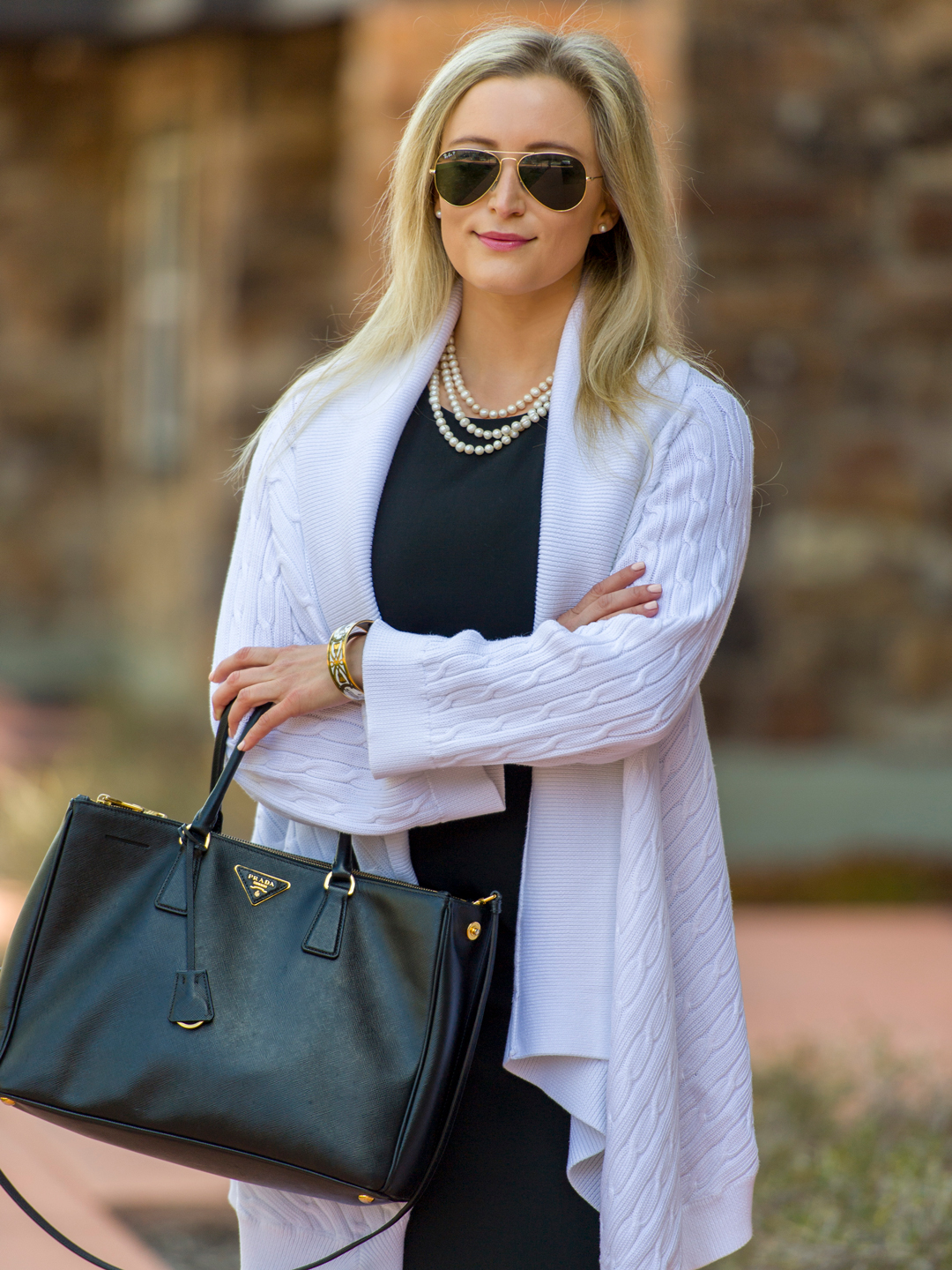 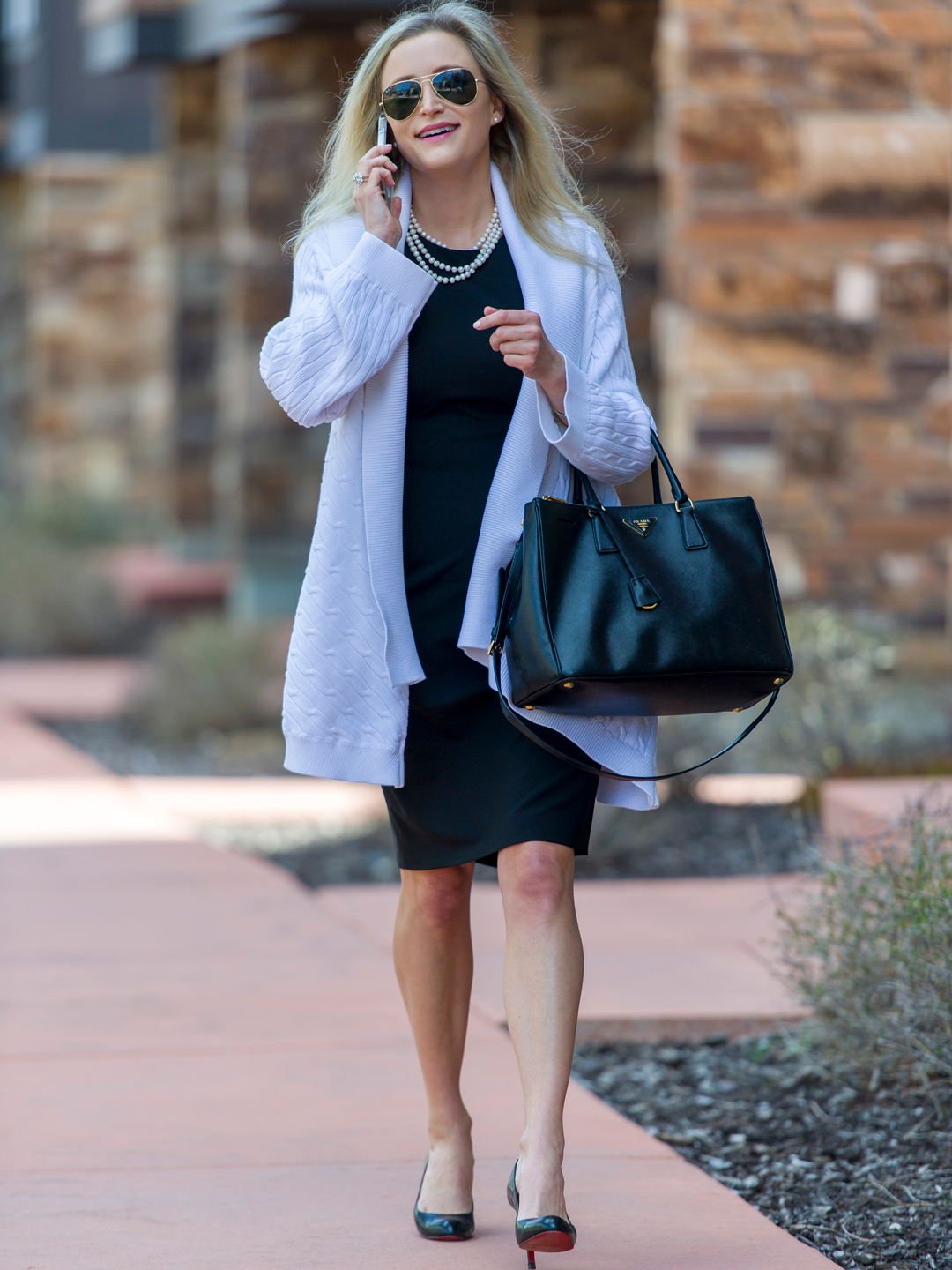 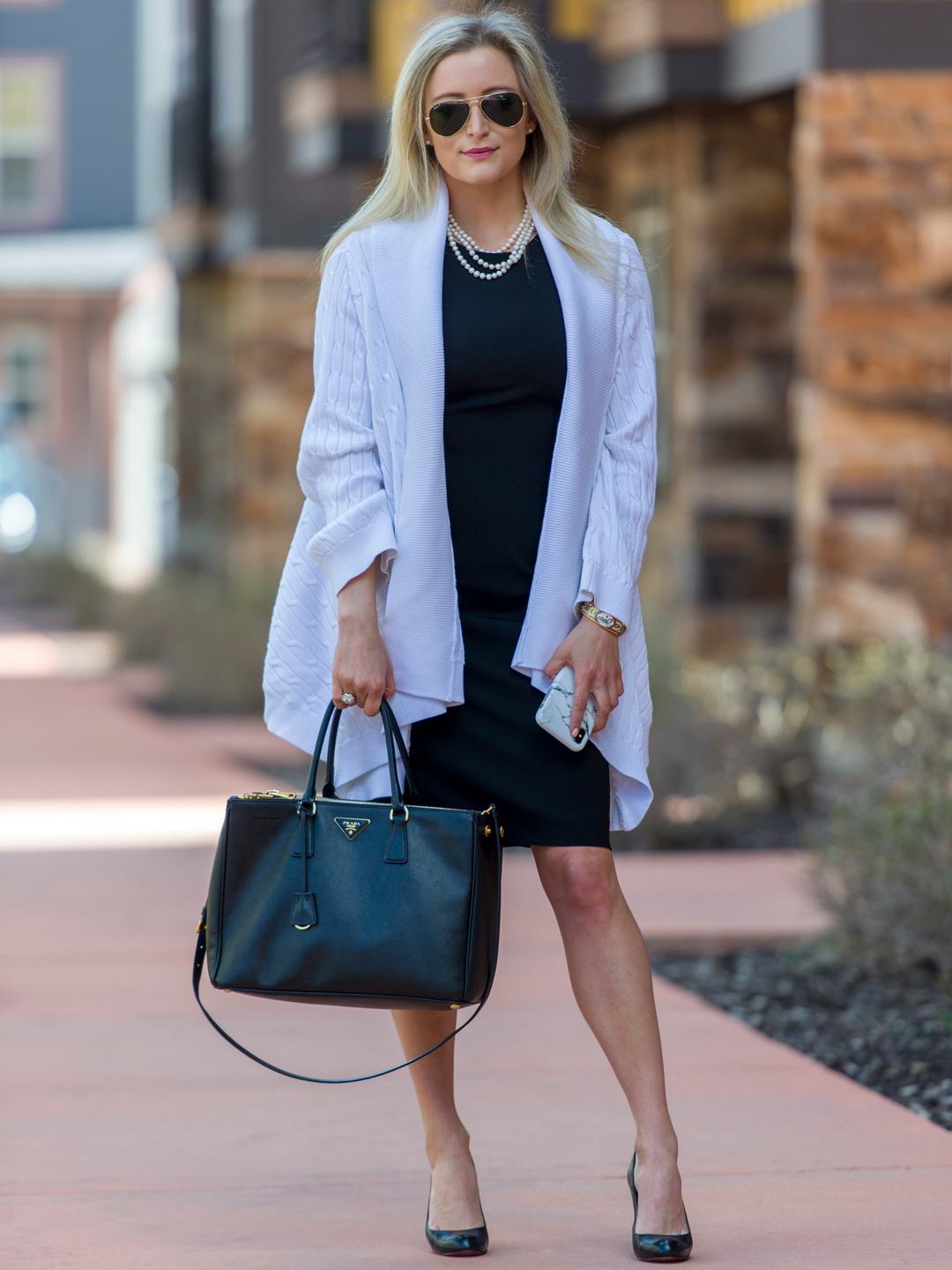 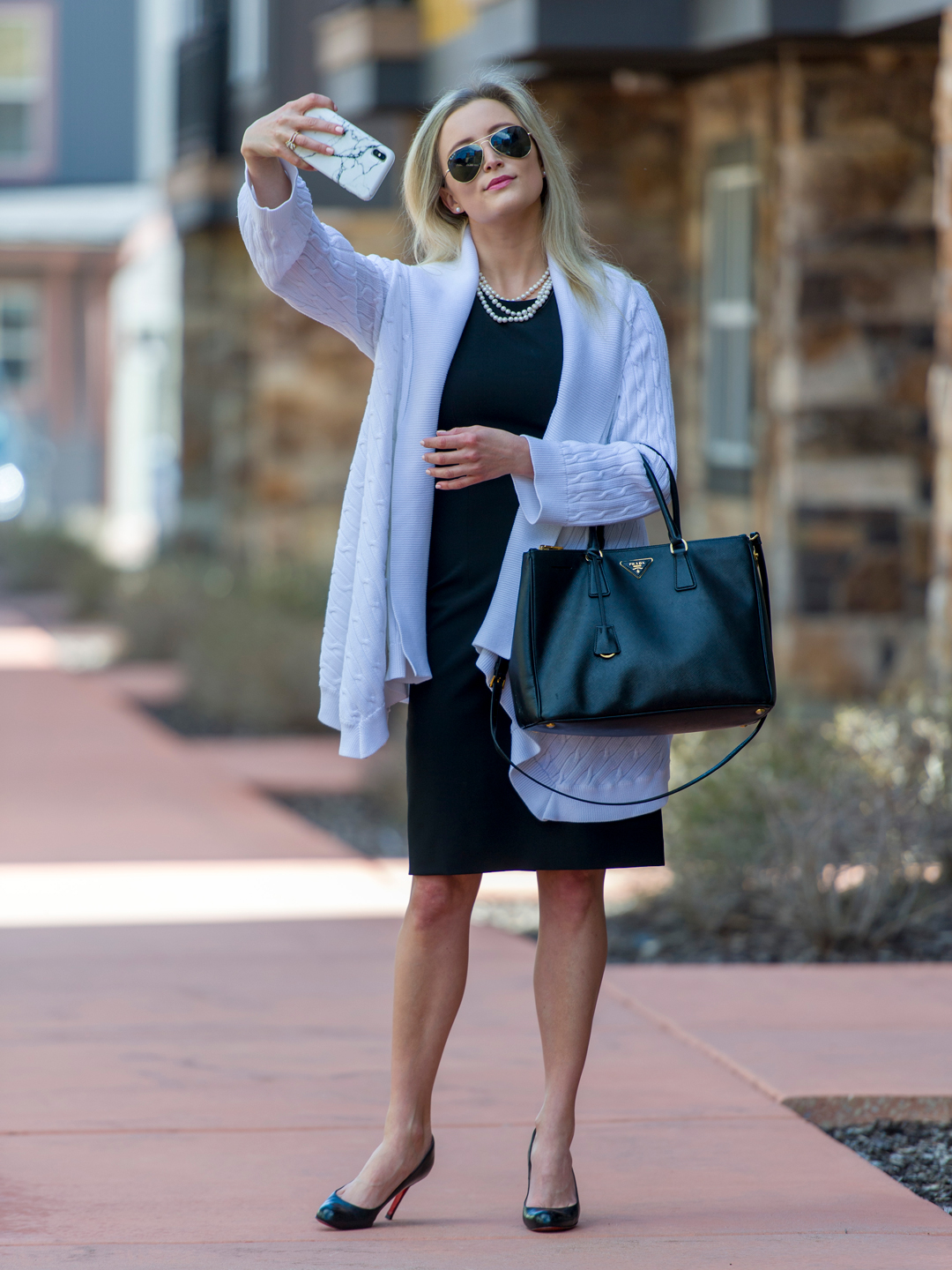 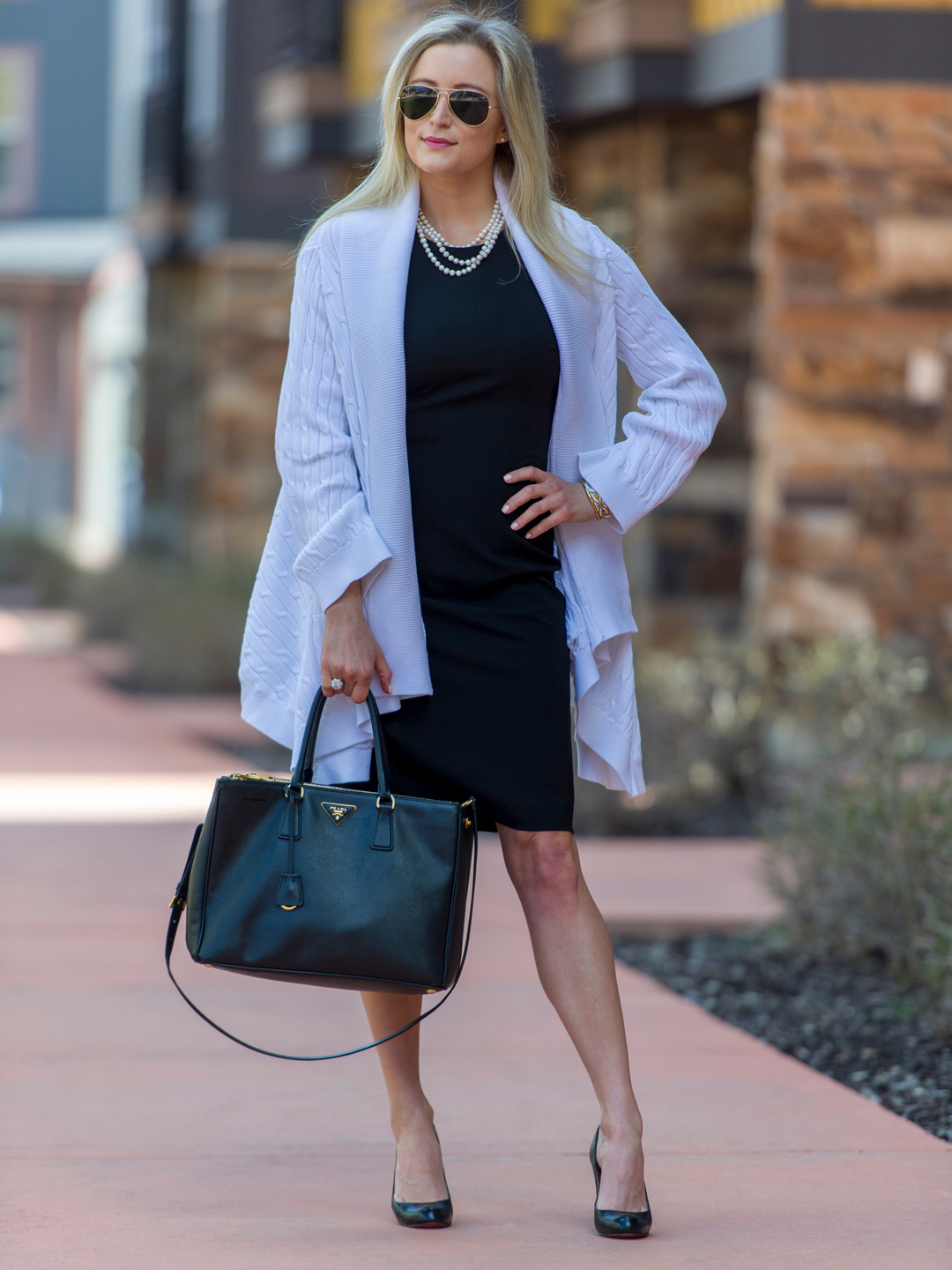 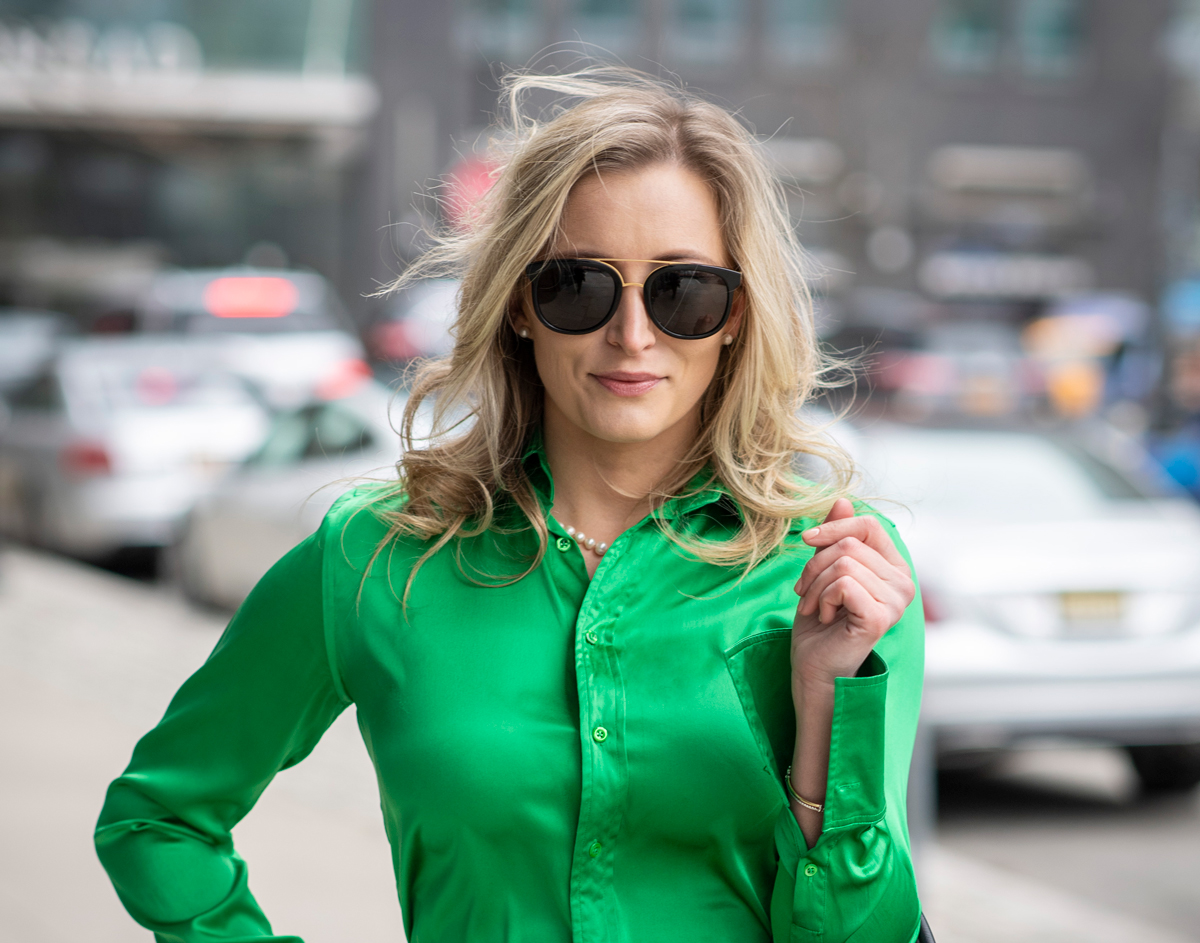 First of all, I miss you, and I hope that throughout the past year you have fared well. I also miss writing and sharing the consulting lifestyle with you – though that lifestyle has changed quite drastically over the past 12 months.   This year has been immeasurably... 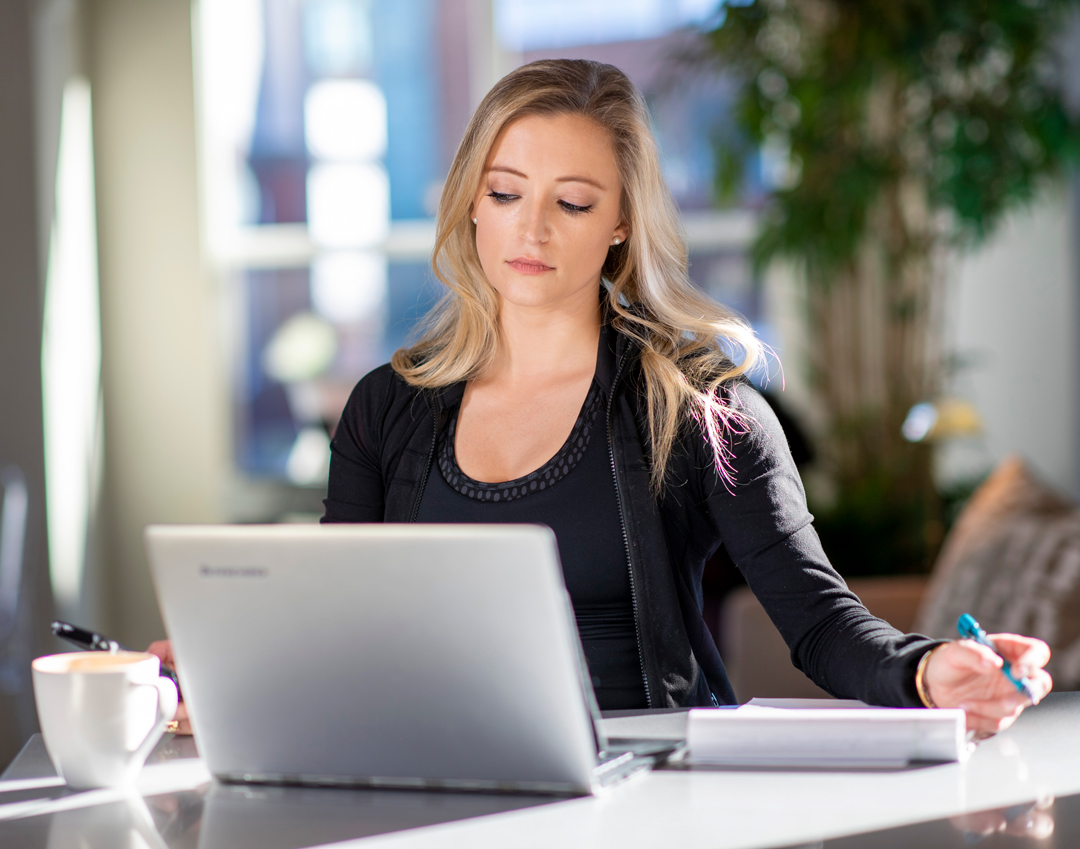 Call to Action: We are all being impacted by the current events albeit differently -  for some it means adjusting to a remote work structure (the focus of the below post), for many it means losing work, compensation, opportunities, investments, security, and there are... 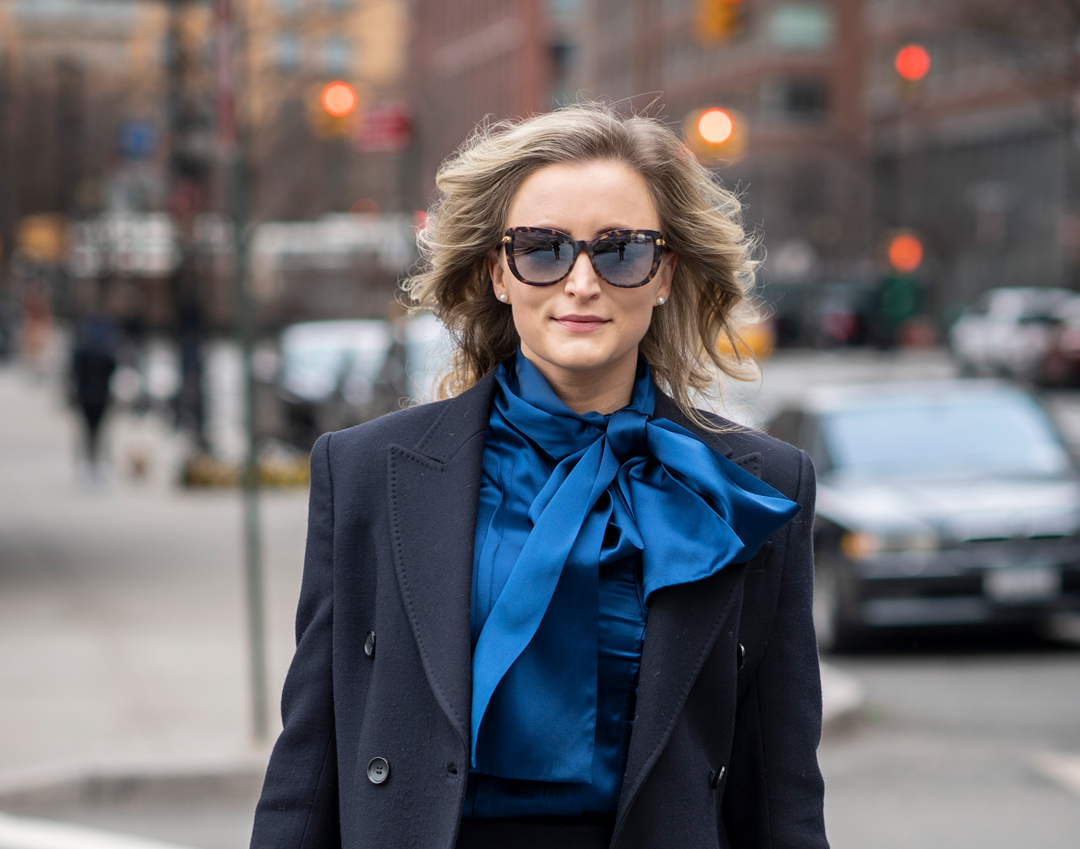 Sometimes we stun, sometimes we’re sleep deprived – but no matter what the day brings we have to be savvy; and self-care helps! Sitting in my hotel after 38 hours with no sleep – took a red eye in to my client last night, and went right to work and have been working...