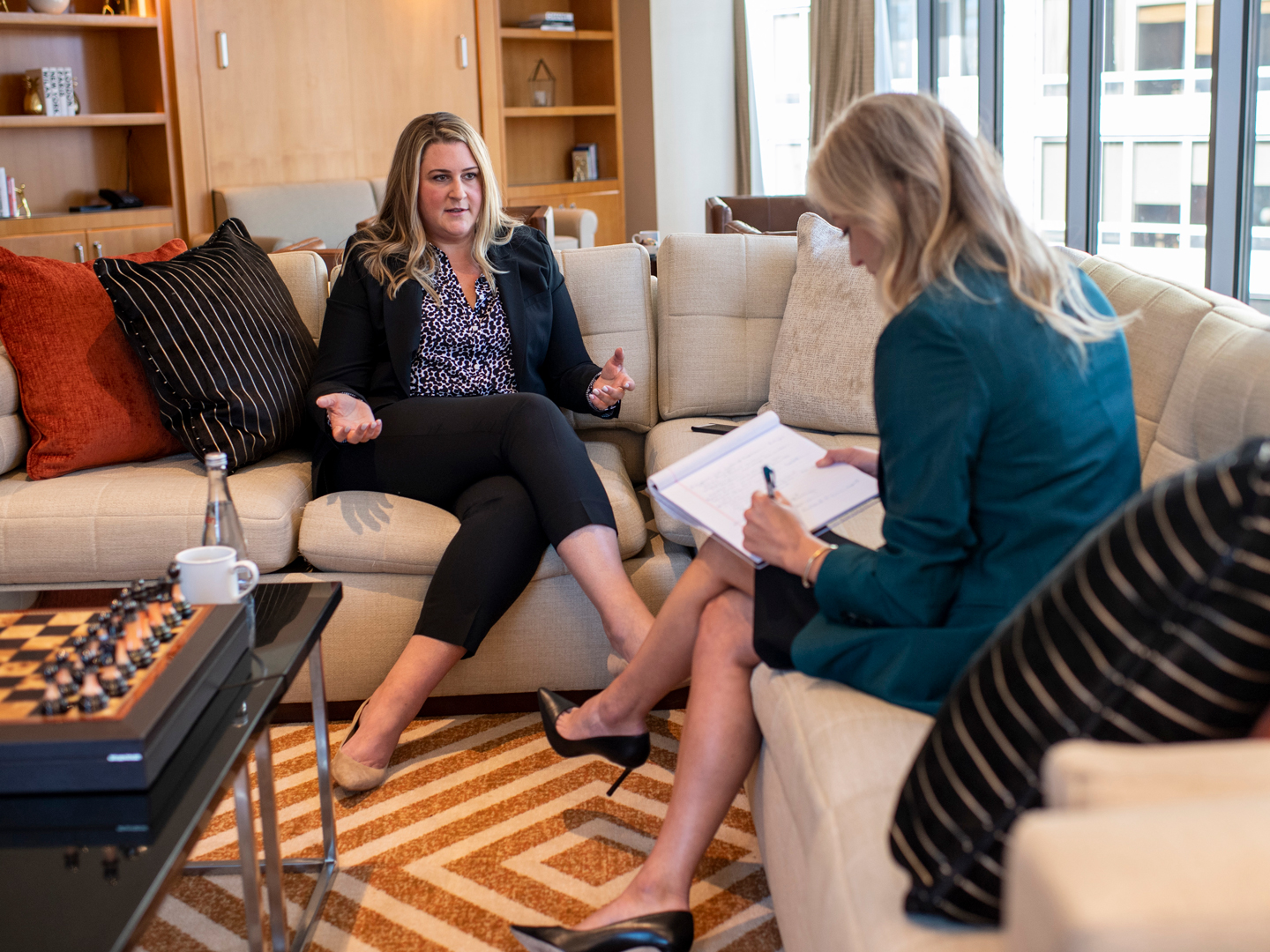 While recently in Chicago this summer hosting an open photoshoot for The Consultant’s Closet – I had the opportunity to sit down with Kelly Bishop and chat about her experiences as a consultant, her advice and recommendations for others looking to enter into the industry and grow their careers, as well as the role her wardrobe has served along the way.

Major thanks to Kelly for her energy and verve, being willing to join the photoshoot event, and letting us feature her on the site. 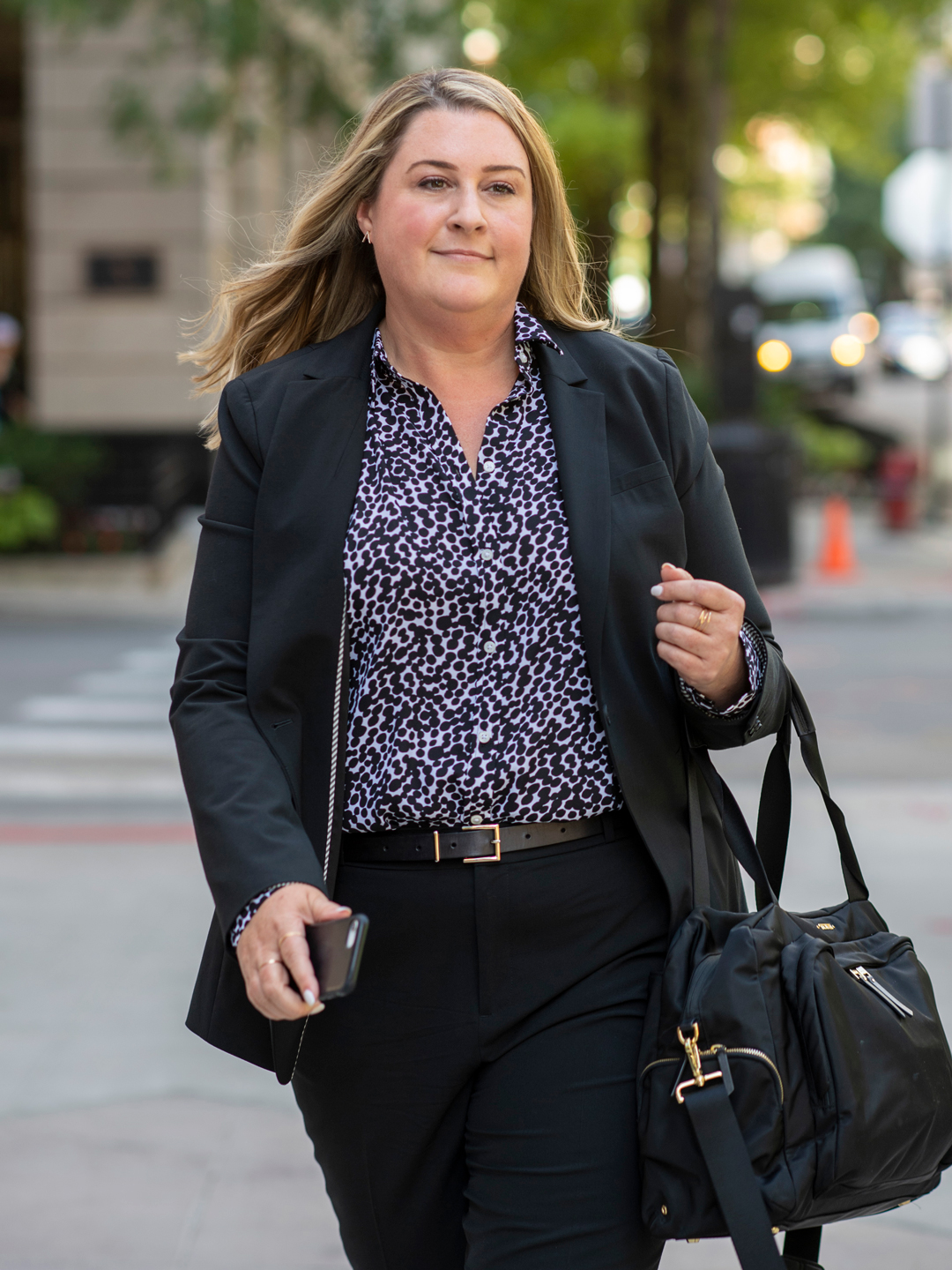 Q: Kelly, tell us about your career path, how you got into consulting, and what you focus on now.

A: With over 20+ years’ experience, that started with a degree in Accounting from DePaul University, Kelly was just promoted this past month to Studio Lead at Deloitte Digital in Chicago (major congratulations!). Kelly didn’t start however in consulting, but rather began her career as a Technical Project Manager with Experian in Chicago, working with their call center, focused on developing and managing criteria-based marketing programs.

After 9/11, Experian went through layoffs, and Kelly found herself a new position with HSBC as a Business Systems Analyst – still focusing on marketing campaigns, but now within a new industry – financial services. After 6.5 years with HSBC, Kelly was ready for a change – both in firm and geography. She thus joined Wunderman in Houston, TX. It proved to be a great time to head to Houston as it was right after the housing crash and there is no state income tax (it’s also where I’m from, so I’m admittedly biased!).

Kelly spent over 9 years working with Wunderman handling analytics and campaign execution and getting to work with diverse clients around the country (including travel to Buenos Aires for United Airlines!).

Ultimately though, she was ready to be back closer to family, and she missed Chicago. Her former boss at Wunderman, had left and gone to Accenture. Based on his experiences transitioning into consulting, he felt Kelly would excel in the consulting realm, and encouraged her to explore potential opportunities.

Wanting to forge her own trail and establish her own reputation – after evaluating all the firms, Kelly elected to join Deloitte two years ago, where she knew no one – thus having to shed an introverted nature in favor of building the relationships and networks needed to succeed in consulting. However, Deloitte didn’t have a studio in Houston, so it was between Greensboro, NC or Chicago – thus offering the opportunity to move back home that Kelly was seeking.

Today Kelly works a lot with Deloitte’s traditional consulting teams in the life sciences realm handling sales force marketing cloud transformations. Much of her work is focused on Operations and supporting the need to define operational processes including the service level agreements (SLA’s) and the marketing campaigns necessary for supporting the business.

In addition, Kelly supports many of Deloitte Digital’s ‘road shows’ going out to different teams around the country and providing education on the services and capabilities that the digital team is able to offer in order to bolster future business development opportunities at clients. This part of her role is especially fun because Digital maintains a startup mentality, which makes being a part of something transformative quite rewarding.

Q: What would be your next ideal project if you could design it?

A: Would prefer to stay in the financial services or life sciences industries – they are both very regulated in different ways, but have spent the time to understand those regulations and the impact that bears on their marketing campaign focus. In addition, would like to have opportunities in NYC. Kelly’s current project has the potential to go global, and if so – would welcome the potential to see what she has been a part of building be deployed internationally!

Q: What advice do you have for someone starting out in consulting now?

A: You have to be open to opportunities. The first year in was challenging – transitioning from working somewhere with a hierarchy to moving into a realm with flexibility and a less defined career track is challenging. In consulting, you have to constantly be networking in order to ensure your next opportunity / project. Taking charge of your own career is an adjustment, and you have to make sure partners know who you are, what your skill set is and how you’d be a good fit for their engagements. Be your own advocate.

Q: What advice do you have for industry leaders and managing directors / partners to change the perspective of: Pls Fix Thx?

A: Be open to upward feedback and spend time with your team. Don’t just focus on supporting and engaging the client – but rather work to make sure you are relating to the people who work for you on projects. Make sure that you get to know them, that you care about them, and that you create a space where they feel comfortable delivering upward feedback candidly.

Q: What role do you play on your project teams?

A: Kelly is the integrator – Deloitte has everyone take a business chemistry assessment. As a result, she loves the people focus, and helping people find the roles they can be passionate about. While yes, you can force people to take roles because of utilization, that won’t typically result in the best outcomes. Instead, if you can help people form the best team based on their skills you’ll end up spending far less time on HR related issues that detract from the delivery of the project.

Kelly jokes that she’s the ‘therapist’ on the project- as she’s always focused on ensuring everyone is working cohesively. She wants to make sure both the consultants and the clients feel heard. 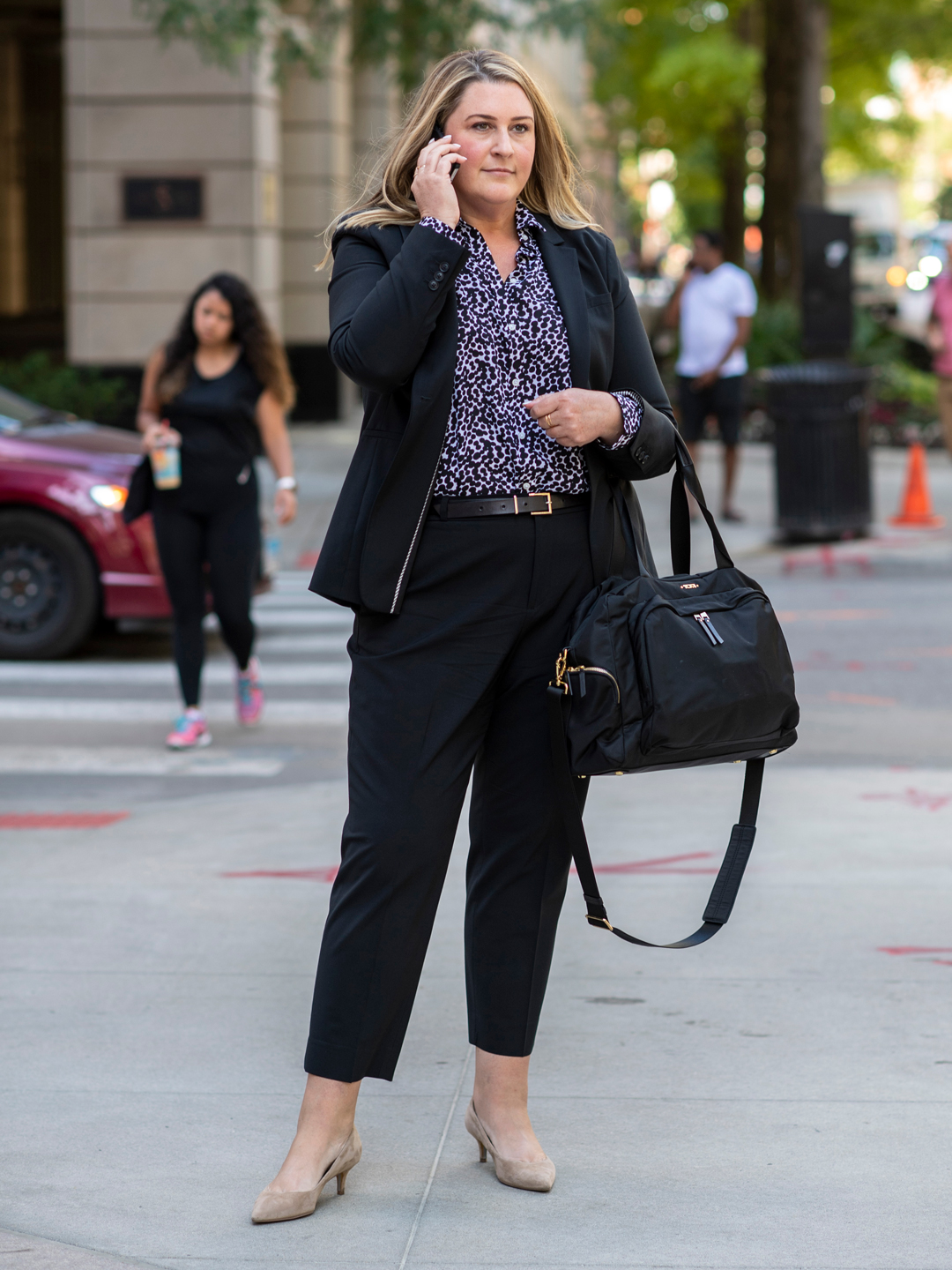 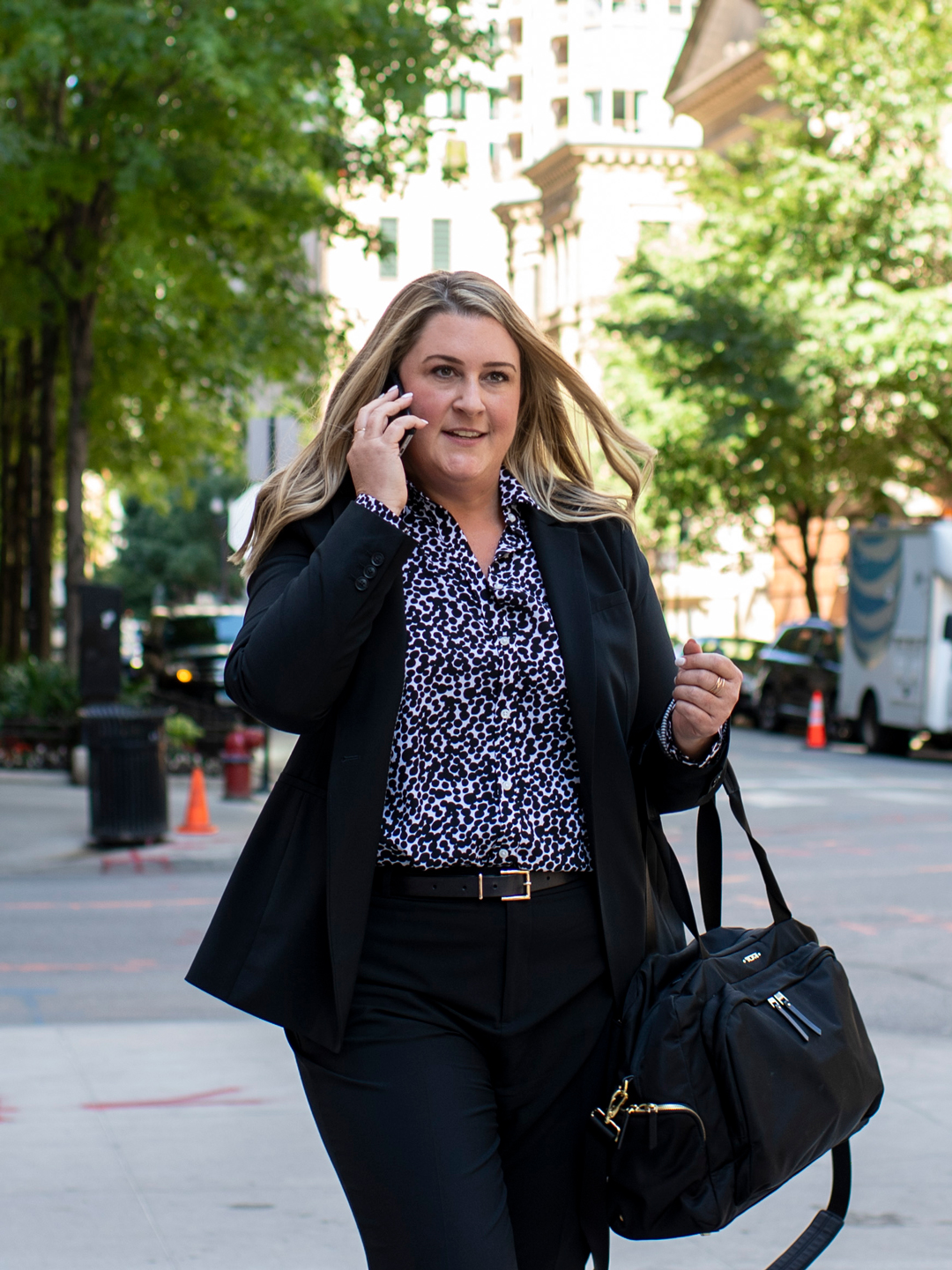 Q: What role has your wardrobe played in your career growth?

A: Even back at HSBC, wardrobe was considered important – they actually held sessions to help employees identify what colors to wear based on skin tone and hair color – all with an emphasis on supporting employees being their professional best. As a result, Kelly has always focused on dressing for the role that she wants. Even in digital where the dress code is far more casual (everyone wears jeans every day), Kelly prefers to add a blazer. There’s a necessity and definite focus on being polished and put together; yes you can put your own flair on what you wear – you don’t have to be in a corporate uniform, but you do need to be professional and appropriate.

Find what is unique and authentic to you – but remember you are representing your self, your personal brand and the firm you work for. As a result – you want to give thought to what you are wearing – especially if meeting someone new, or interviewing (candidates or for yourself). Don’t take the flexibility to dress casually too far.

Never want to be in a position where someone has to have a conversation with her about what she was wearing – that would be mortifying.

A: Don’t be afraid to use your voice and speak up. There have been times though the years when she hasn’t been comfortable speaking up and using her voice. Once there was someone who was interviewing with a former firm – Kelly didn’t have a great sense about them, but everyone else did. The firm flew everyone from Houston to Chicago to meet with the candidate and to show how vested they were in recruiting them. Ultimately it turned out that the candidate was just looking to leverage them for a better deal at their current firm.

Afterwards Kelly spoke with her manager and discussed how she had felt – and was encouraged moving forward to speak up – you have to follow your gut instincts; they are there for a reason.

Also, be empathetic. People are so hyper focused on getting to the next level – especially in consulting, but ultimately, you’ll only be successful because of the people you work with and the relationships you build.

Q: Favorite city to travel to?

A: Monterey, CA – had a 6-month project there – and despite its romantic vibes, loved it. Also loved NYC once she established friends there. Originally hated it because it was constant – Airport/Hotel/Office – but once you can see the city and enjoy it, it is fabulous.

A: Once while flying home from Kansas City to Houston, there was bad weather. United had them board the flight, and then they circled for 3 hours, but were running out of fuel. The options were to land in College Station (go Aggies) or Austin…. They elected to land in CS, which isn’t known for having a large airport or any type of amenities…. There were several planes who all landed there that night, and without any rental cars or hotels available, the airport rented Aggieland’s Classy Chassis and shuttled them home to Houston – by the end of it, Kelly could have just driven from KC in less time, and was rewarded with ~$100 from UA for the inconvenience.

Q: What are you currently reading?

A: Brené Brown – The first book in her series. Also Girls Night Out by Liz Fenton and Lisa Steinke

A: An array – anything from Lizzo, John Denver and Dolly Parton. Love to have Deep House on while working, and still adore 90’s hip hop. Played the Saxophone from 6–11 grade – which provided a deeper musical appreciation. 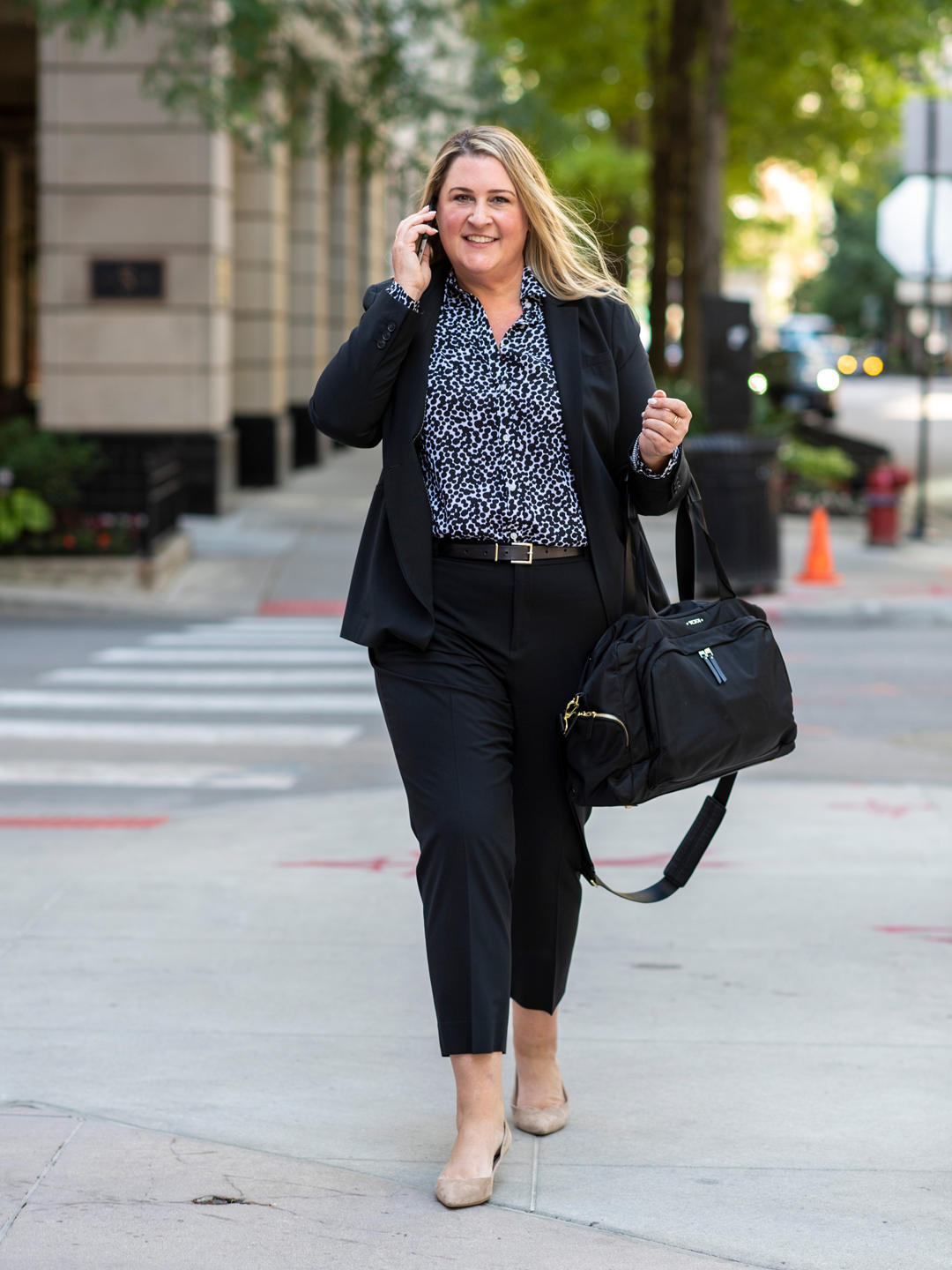 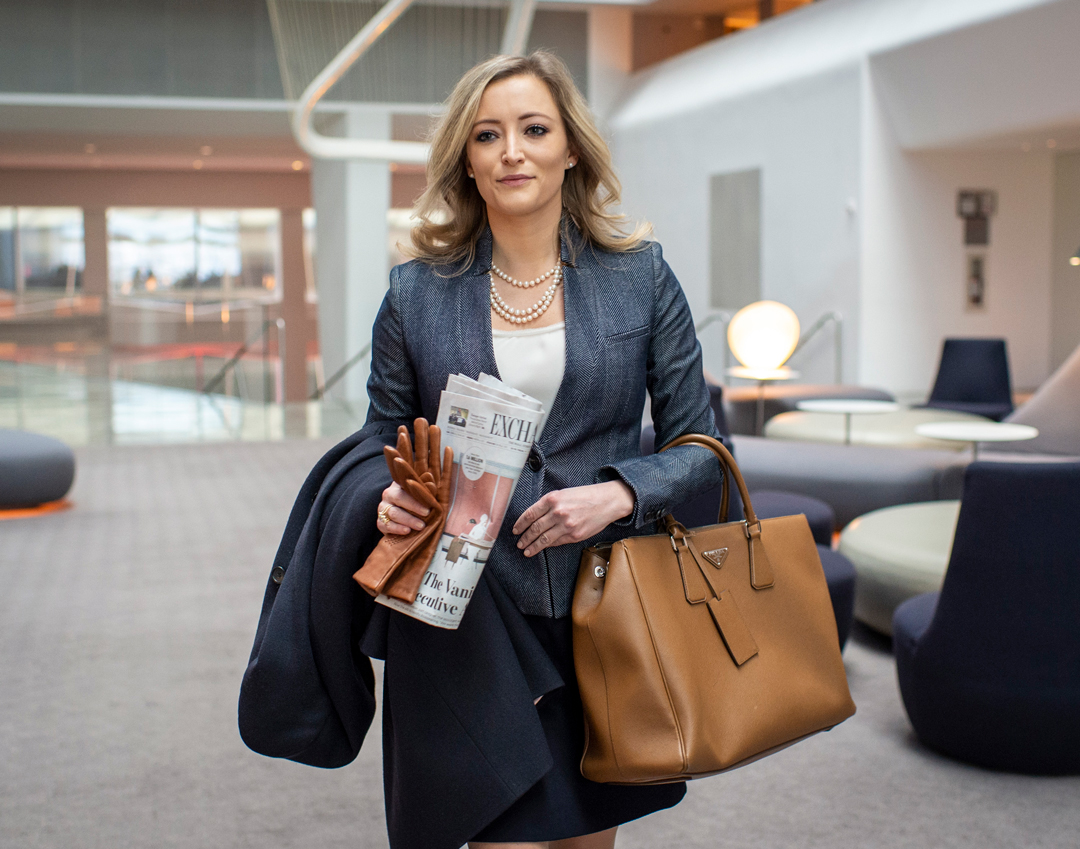 Lounging in lobby’s isn’t a luxury, but rather likely for consultants. Late nights working with team members, early mornings prepping for the day’s presentations, the list goes on. The number of hours I’ve spent in hotel lobbies is large! While not all lobbies are as... 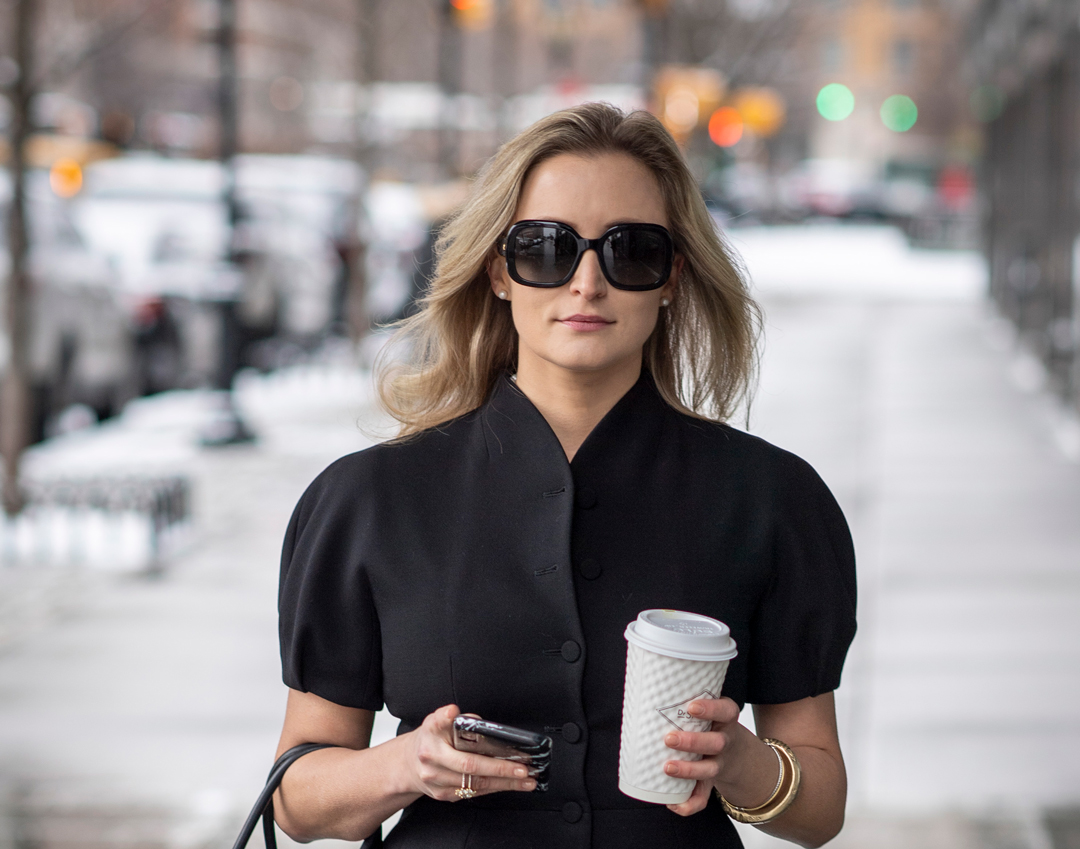 Coming out of the Conrad, with coifed curls, Consultant confidently calls a cab on a city curb to confer with clients. Contending against the cold with coffee, Chanel shades, Christian Louboutin’s, a contemporary curved classic cropped jacket, and a coat. Chic... 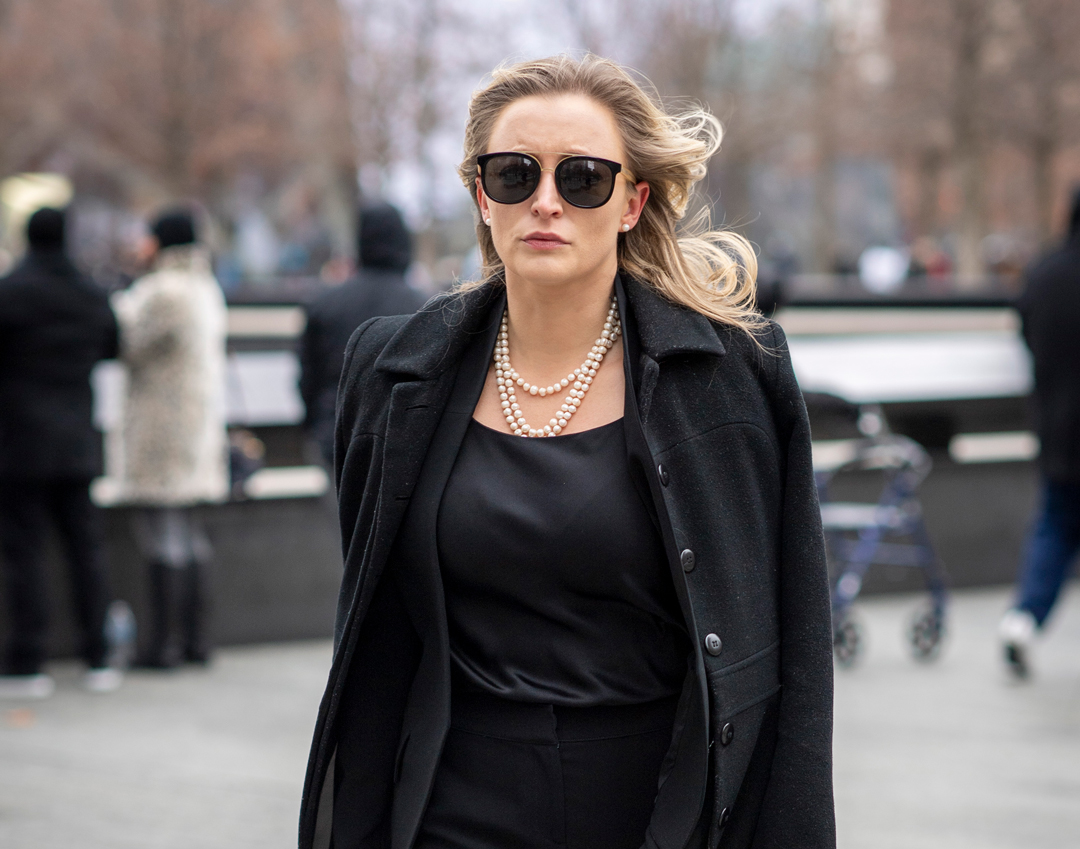 Amidst all the Coronavirus concerns, and the current stock market drop one can’t help but wonder, what will the impact to world trade be? Where do we go from here when whole portions of the world are cordoned off? While it’s easy to let our fears grow out of...